F. Scott Fitzgerald wrote that “the city seen from the Queensboro Bridge is always the city seen for the first time. In its first wild promise of all the mystery and beauty in the world.” Fitzgerald describes something that I’ve always felt when arriving in a city; the word that comes closest to explaining this feeling is hope.

Hope welled up in me on my last trip to the city. As soon as I stepped off the bus in Center City, Philadelphia, I started to feel a certain sense of autonomy starting to take hold. Wherever I was going to go, I could go on foot, unlike the torture of always having to drive wherever you needed to go in my hometown of Lansdale, a typical Pennsylvania suburb.

On my last trip to Philadelphia, I decided to head towards South Street. I stepped into a coffee shop to get a drink and then continued my walk. By the time I arrived at South Street, I had already seen a multitude of people, architecture, and interesting interaction. The noise of it all woke me up from a haze I would enter again once I returned to the suburbs. After walking down South Street for a few minutes, I remembered that cities were indeed significant because a city could indeed wake you up to possibility and maybe even “the wild promise of all the mystery and beauty in the world.” 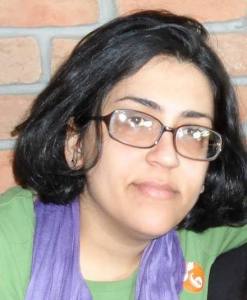 Ayesha F. Hamid is the founder and editor in chief at The City Key.  Ayesha has an MFA in Creative Writing and MA in Publishing from Rosemont College and an MA in Sociology from Brooklyn College. Her poetry and prose has appeared in Big Easy Review Philly Flash Inferno and Rathalla Review. Ayesha is a lover of cities, big and small.