Lonely men interrupt the dark
with the snap of shoes
on sidewalk.

Solemn as a monks’ processional
is the way home.

But with frog-sac croaks
in lieu of chanting.

Thomas Gillaspy is a northern California photographer. His photography has been featured in numerous magazines including the literary journals: Compose, Portland Review and Brooklyn Review. Further information and additional examples of his work are available at: 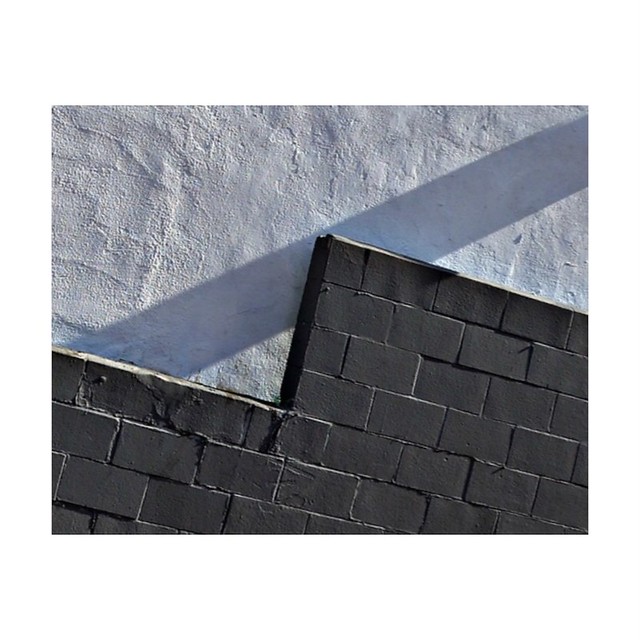 Meneese Wall’s graphic poster art showcases man’s footprint on our planet along with the implications of our daily choices to change our experiences of life. Through artwork that incorporates jocularity, parody, satire, and/or social commentary, Wall’s posters spotlight today’s truths and suggest ideas we each can implement to make a difference. More of Wall’s creative dexterity can be seen on her website www.meneesewall.com.

der Graue Stadt swaddling us in winter, my chest shuddered
as I breathed my scarf hot, wiggling wool-socked toes in boots
cars slicking down ice-platted streets and buses
sighing their unending exhaust as the first flakes fell

the slow-moving water that waited below frozen facade
as my brother and his friend parted glass branches
with ungloved fingers, laughter echoed through darkened trees,
through my shouts of protest, sneakers to pond’s edge,
closer to the other side when the glazed surface cracked
and my heart stopped cold —
until my hand found a branch to pull them ashore.

I no longer fear the Deutschpunks with neon-spiked hair
all-black and combat boots, headphones blaring Rammstein
a decade of freedom from Stasi and wires beneath wallpaper
der Mauer that once constrained them sold in pieces
at souvenir shops, a generation shouting

we are here,
we are still here.

Kara Cochran is a writer, editor, and instructor. She holds an MFA from Rosemont College and a BA in English Creative Writing and German Studies from Denison University. She teaches English Composition at Temple University, Widener University and Delaware County Community College. Kara is also the former Managing Editor of Rathalla Review, the Assistant Program Director at Philadelphia Stories Junior, and a Mighty Writers workshop teacher, volunteer, and mentor. Her poems and craft essays can be found in Schuylkill Valley Journal, flashfiction.net, and Fiction Southeast, and she tweets from @philawriter.

Two years ago, we would drink tall beers
hidden in black, plastic bags ’til we passed
from laughter, fluttered to fill
our glasses with more.

There would have been more pages
to turn, but none of us spoke our
human language anymore.

Two teenagers flirt
underneath a palm. Whispered leaves
are fragile– each movement
a link to the next
until it is not.

Their laughs reverberate
when they, too, part. Uncork
those swan bottles–
let them go, graceful
into night.

I know you want to leave, to take a bus
out of Columbus, to fight your battle
in Seattle, or Denver, or wherever
your heart may lead–

to be a nomad is to go
where the landscape dreams,
and to scrunch it all in your hand
like wisps of dandelion in the wind,

and in your palm its feathery white
is dissolution–

however far you go, know those you meet
will occupy the room in the tiny hostel
of your heart, sharing wisdom and laughter
despite however many days we spend apart.

TEETH, EGGS, AND THE CITY LIMITS (OR: TINDER)

in our minds cars read
the streetlights’ caution
as go, go, go . .

OBSERVATIONS FROM THE WESTSIDE PAVILION BRIDGE

older man in a reddish shirt has a chocolate cone at 11:45pm and stands on the wide black stripe on the floor in front of the imposing silver pillar that splits in the middle like a buttcrack     he stands    licking staring forward at TVs     that advertise movies now playing in the theaters of his daydreams

James Croal Jackson is a writer, musician, and occasional filmmaker whose work in film and TV in Los Angeles led to a rediscovery of his love of poetry. His poems have appeared in magazines including The Bitter Oleander, Lines+Stars, and Cosmonauts Avenue. He is the winner of the 2016 William Redding Memorial Poetry Prize via The Poetry Forum. He lives in Columbus, Ohio. Visit him at jimjakk.com.

Fernando walks the hallways
Starting from the east wing of the ground floor
Working his way to the top
Winding through the stairwells as he goes
His footfalls gentle on rubber-tipped treads
Then descending in the opposite direction
In a microcosm of the circadian cycle.

Allan M. Heller is poet laureate of Hatboro, and his work has appeared in Mad Poets Review, Mobius, Writer’s Digest, Brevities, The Compass, and Plainsongs. He is also a published short story writer, author of five non-fiction books, and a collection of short stories,40 Frightful Flash Fictions.

I glide through hordes of homeless who congregate in the dirty urban streets, surrounding their unwary prey like zombies who shuffle quietly, discreetly decreasing the radius from several yards to a few feet before attacking, and by then it’s too late for the pair of unsuspecting ladies with their fancy leather purses who don’t realize that they’re surrounded until they hear the dreaded mantra “spare change?” but fortunately they “plead the plastic” and incredibly, Romero’s extras seem to buy that fib about their quarry having nothing but credit cards and grudgingly disperse, but of course they’ll be back the next night, or even the next hour and will approach the same pair of pedestrians if the latter are foolish enough to stay in the area.

We call them “homeless,” but of course they’re not really homeless; their home is every big city and even a few small cities and towns, but most of them hang their hats, if they have hats, in Philadelphia or Detroit or Los Angeles or New York, so how can we say they’re homeless when a park bench can accommodate two or three sleepers, bundled close together, which is good for keeping them warm during the winter, especially if you don’t have blankets?

Some of them have eyes full of desperation or fear, some are angry, but the rest project resignation and apathy and although there are plenty of shelters, they don’t want to come in from the cold so to speak because they don’t trust their own kind and why should they? I don’t trust them, either, no matter who they are, and most of them are middle-aged black men, and a few women of different racial tones but never any children, I never see any children no matter what the statistics tell me, lies, damn lies and statistics.

I see a certain white guy from time to time who looks borderline normal, if I can use that term, although he is a bit scruffy, and if you see him enough you’ll pick up on the fact that he always wears the same clothes but oddly, and this is really odd, he doesn’t smell. He stations himself outside a small Korean grocery along Spring Street and mumbles the mantra at every third or fourth passerby who usually pretends not to hear him and every so often he ambles into the Korean grocery and swipes a bottle of soda the proprietors pretend not to notice because they figure that he’s part of the cost of doing business in the city, and they don’t want all of the homeless advocates, who themselves would never adopt a homeless individual, to get all bent out of shape. This guy never says anything to me, though; he knows that it would do no good.

I walk at a normal pace, past the undead mendicants, remembering all of the good things I’ve been blessed with, although my business is gone and Ruth went with it and a lot has changed for me but then again, a lot changes for everyone. My ninth-grade math teacher told the class on our first day of school that there were three constants in life: death, taxes (Wow! Big surprise there!) and change. But Mr. Eastman is long dead, and I don’t know where my fellow ninth grade math students are; they could be anywhere, but I have a good idea where I’m going – Get out of the way, you lousy panhandler! You know better than to ask me! – but I’m kind of reminded of a song from a Lerner and Loewe musical, “Paint Your Wagon:” Where are we going? I ain’t certain! When do we get there? I don’t know! All that I know is I am on my way!

I spot one of them lying on a sewer grate, a grate spewing ample steam, which I guess is why he chose it on this chilly February night, so I stop and give him a swift kick, not a hard one, and then I deliver a second booted assault and he gives me a dirty look, but one that says “Damn you,” rather than “Let’s fight!” so he hauls himself up, straightens his trench coat, and moves on. I’m tired and my feet hurt, so I settle down on the grate – my grate now – and go to sleep.

Allan M. Heller is poet laureate of Hatboro, and his work has appeared in Mad Poets Review, Mobius, Writer’s Digest, Brevities, The Compass, and Plainsongs. He is also a published short story writer, author of five non-fiction books, and a collection of short stories, 40 Frightful Flash Fictions.